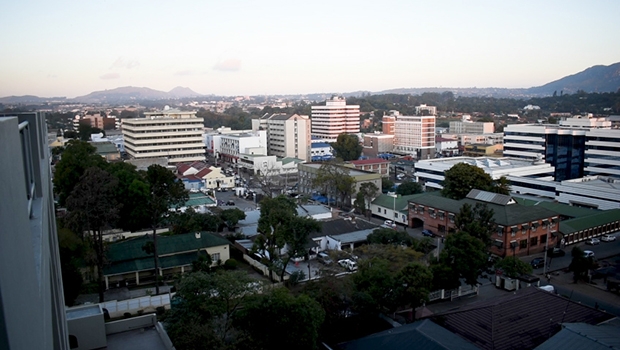 The SADC Business Council (SBC), an umbrella body for the private sector comprising national top bodies of the private sectors of each of the 16 SADC Member States, has proposed the urgent establishment of a Corridor Management Institution which will deal with impediments at border posts that are stifling trade flows on the Region’s North South Corridor (NSC).

The NSC, which connects the South African port of Durban to Lusaka, Zambia, Lubumbashi, Democratic Republic of Congo, and to Lilongwe and Blantyre in Malawi, through Johannesburg (South Africa), Botswana, and Zimbabwe, is a vital corridor for trade and the sustenance of SADC regional integration.

Mr Peter Varndell, CEO of the NEPAD Business Foundation and speaking for the SBC, said common factors contributing to the high costs of trade on the NSC include poor border management and service delivery at borders posts; vehicle congestion; poor process flows; inadequate and outdated infrastructure; poor communication between private and public sectors; and disregard for regional imperatives and the regional impact of local and national decisions.

Mr Varndell was speaking at a virtual “Dialogue On Coordinated Border Management Policy For Enhanced Trade Facilitation” hosted under the SADC Dialogue Facility (SDF). SDF is a European Union (EU) financed programme that seeks to contribute to the SADC regional integration agenda by supporting effective policy dialogues around key thematic areas of importance to that agenda. Such policy dialogues have been recognised as an essential part in policy-making and effective implementation of regional integration.

Statistics show that between 25 October 2020 and 16 March 2021, total delays at the five borders along the NSC came to 16,393,543 hours and cost US$330 million. The proposed CMI will facilitate the improvement of infrastructure, align processes at the border posts, harmonise regulations, improve inefficiencies to speed up trade, and deepen regional integration along the NSC. Mr Varndell said the priorities of an interim CMI would include developing a database of the NSC stakeholders and engaging with “hot spot” stakeholders to facilitate resolutions to challenges at the border posts.

There is also a need to engage all governments along the NSC for a review of the draft 2009 Memorandum of Understanding on the corridor, as after 12 years, this MoU has yet to be approved. A review of the MoU will include private sector participation at every level; integration of the numerous initiatives on the NSC; address immediate crisis areas; fast-track soft and hard infrastructure upgrades across the Region; elevate the importance of the NSC development; attract industrial development on the corridor through incentives; create strong political support for an optimal trading environment in the Region; and synergise the work of all agencies working on the NSC. Public-private sector partnership on the NSC is essential and the benefits include a wider pool of funding options to operationalise and sustain the CMI; access to private sector expertise for competitive business operations; and direct insight into user issues and operational challenges.

Speaking at the same dialogue, Mr Alcides Monteiro, Senior Programme Officer Customs and Head of Customs Unit in the SADC Secretariat, explained that congestion at border posts in the Region is caused mainly by lack of coordination among border agents and poor infrastructure. The SADC Ministers of Trade have instructed the SADC Secretariat to facilitate the development of a Corridor Border Management (CBM), identifying that this can remove impediments on the movement of goods and services. Some Member States have started by establishing joint border committees to implement CBM at selected borders.

He noted that the landscape at border posts was complex, with health, police, drug enforcement, environment agents, International Police (Interpol), immigration and customs agent all represented. Each of these border agencies had their own mandate, from where they derived their powers and that this was uncoordinated at most times, resulting in delays.

Mr Monteiro underlined that coordinated border management was vital for regional integration, that implementation of CBM was one of the areas contained in the SADC Trade Facilitation Programme, and that those Member States already implementing should move from ad-hoc to formal CBM process.

Zambia enacted a Border Management and Facilitating Act in 2018 and this addressed the problem of designating the lead agent at border posts. With close to 20 agencies operating at border posts in Zambia, Mr Chibbabbuka described the need for deliberate government policy stipulating who should be at the border and how other agents can fulfil their functions without being physically present. He went on to identify some key elements to the smooth movement of goods and services, including strong coordination among all border agents; streamlining the number of agencies at border posts; information communication technology services for all agencies; and harmonisation of operations between agencies, for example working the same hours.

Mr Jason Blackman, Senior Director – Customs and Regulatory Affairs at DHL Express Sub-Saharan Africa, said COVID-19 has re-emphasised the fundamental importance of global and regional trade. Creating a transparent and consistent regulatory framework supported by streamlined customs processes that balance the need for compliance with trade facilitation will not only attract Foreign Direct Investment and drive economic growth in Africa, but will improve the ease of doing business and reduce the cost of such business.

Regretting that SADC’s mandate to simplify the movement of people and goods across borders was having limited impact, Mr Blackman said that tangible traction on the ground is lacking, with no escalation protocol for quick problem resolution, despite key SADC institutions meeting on a regular basis. He described a shortage of e-commerce specific strategies or frameworks, borders riddled with congestion and restrictions, and a lack of harmonisation between border posts and government agencies.

He recommended that the SADC Region expands the adoption of risk management systems and pre-arrival/departure processing to reduce the number of inspections at border posts and expedite the release of low-risk shipments upon arrival; develop a cohesive and practical e-commerce framework, including cross border digital trade; and ensure that current and future policy and regulatory decisions are not made in isolation and include the private sector. He summarised that the implementation of the SADC Regional Guidelines on Harmonisation and Facilitation of Goods clearly need to be enhanced.

The latest SADC Business Council news, articles, and resources, sent straight to your inbox every month.